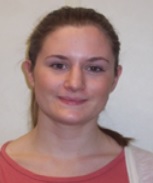 Hi Vikki, you’ve been a regular contributor to the PBMS. Tell us a bit about yourself?

I work in the Environment Team for Kier Highways (working on behalf of Highways England to manage and maintain the trunk roads in Cumbria and North Lancashire). One aspect of my job is recording wildlife deaths on our roads to identify hotspots and try to suggest ways in which we can provide mitigation and reduce the number of fatalities in a particular area.

In the past we have identified the A66 Temple Sowerby Bypass and a section of the M6 near Calthwaite as being hotspot areas for owls (in particular barn owls) being hit by vehicles. In order to try and reduce casualties we have undertaken tree planting, with the aim of raising the flight paths for owls as well as other birds and bats.

How did you first hear about the scheme?

A local Wildlife Consultant told us about the scheme when undertaking surveys for us on the M6 as he found 2 long eared owls which he sent off to the scheme. We have been getting increasing numbers of owls (especially barn owls) struck by vehicles and so he suggested that we put these casualties to good use, to inform further scientific study.

We have been sending birds of prey to the scheme since June 2015, and so far have sent 9 barn owls and 1 tawny owl. We also contribute towards other schemes, including; taking otter casualties to the Environment Agency for the Cardiff University Otter Project and polecats to the Vincent Wildlife Trust for their National Polecat Survey.

How/where do you find most of the birds that you submit?

All of the birds we submit are found by the side of the road, having been hit by vehicles (mainly HGVs) where birds of prey fly low in the road.

Do you have any tips for anyone thinking of keeping an eye out for birds to submit to the PBMS?

If you see any dead birds of prey out on the strategic road network e.g. on motorways, dual carriageways and busy A roads we ask that you don’t endanger yourself to pick them up and instead contact the Highways England Information Line on 0300 123 5000 and give them a good description of the location you saw the bird of prey and ideally a marker post and the direction of the carriageway. Our staff in marked up highways vehicles will pick them up safely. On other minor roads only pull over where it is safe to do so e.g. at a layby.

What is your favourite bird of prey and why?

Barn owls – as well as dealing with the dead ones we find on the roads I am lucky to have seen many alive and well in the wild too.